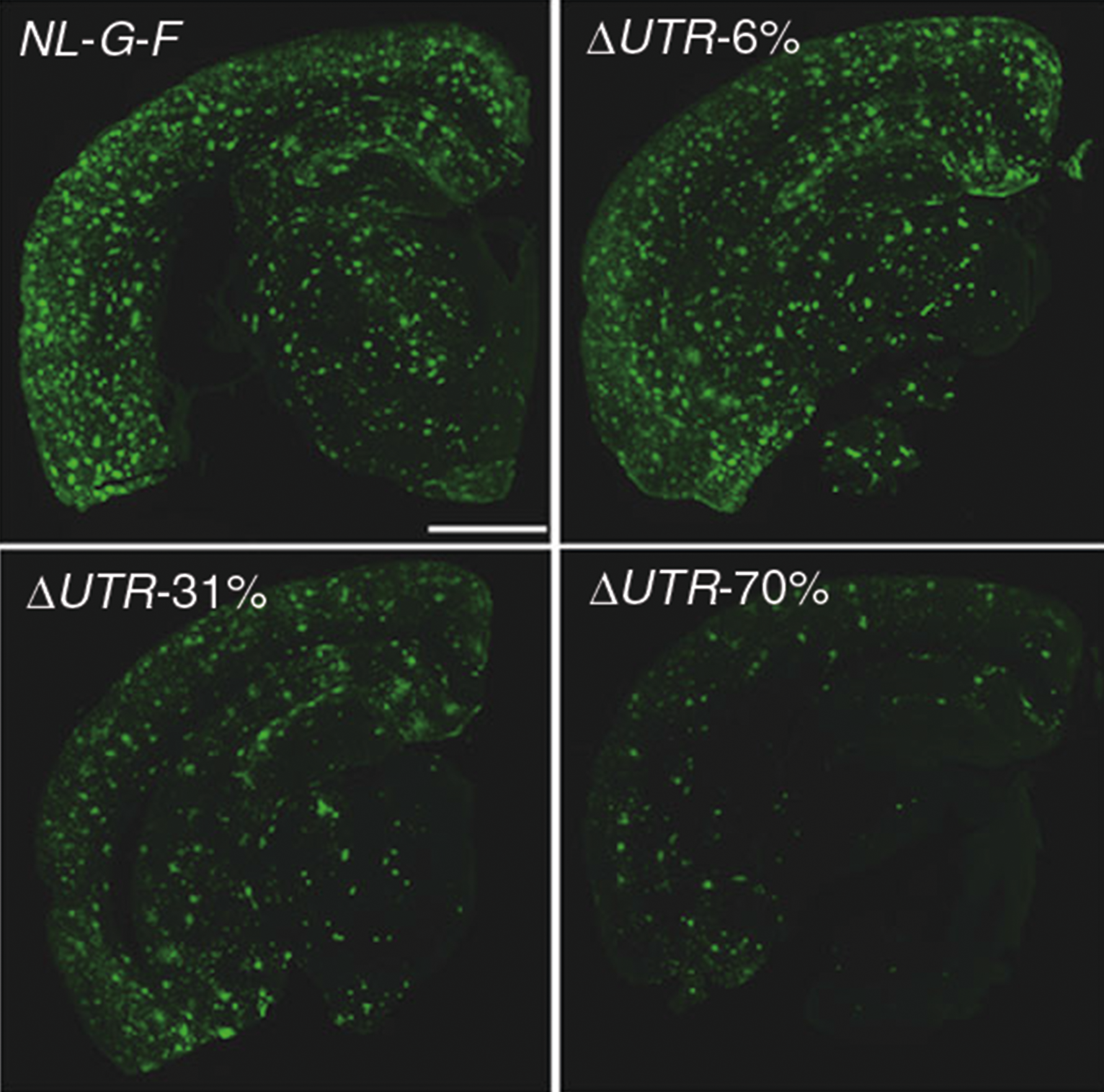 Researchers at the RIKEN Center for Brain Science have discovered a mutation that can protect against Alzheimer’s disease in mice. Published in the scientific journal Nature Communications, the study found that a specific mutation can reduce the characteristic accumulation of the amyloid-beta peptide that occurs.

Most of us are aware of the mental and behavioral changes that occur in people with Alzheimer’s disease. Perhaps less well-known outside the scientific world are the physical changes that happen in the brain. One of the hallmarks of the disease is the accumulation of plaques between neurons. These plaques are made from amyloid-beta, which is the leftover part of the amyloid precursor protein (APP) before it has been cut up. Building off of previous research, the team led by Takaomi Saido created mice with a mutated App gene, hoping that it could reduce the formation of amyloid-beta plaques.

Previous research had led the team to believe that an App gene with a specific deletion might reduce amyloid-beta build up. They used CRISPR technology to replace the normal gene with the mutated version, and indeed observed less amyloid-beta accumulation in the mouse model of the disease.

This knock-in process is a little messier than it sounds, and as expected, sample mice varied in how much of the desired deletion was actually deleted. This was useful because the team was able to see that most drastic reductions in amyloid-beta plaques were the mice with the most compete deletions. Further analysis showed that expression levels of the APP protein correlated with those of amyloid-beta, which was also expected.

This process for finding beneficial mutations is powerful. Random screening of human populations is not easy if the frequency of the mutation is low, and of course it only works with naturally occurring mutations. Additionally, the study shows the usefulness of gene-editing targeted screening in a disease that affects millions of people worldwide, but despite decades of research, still has no effective treatment.