Researchers at the RIKEN Center for Brain Science in Japan have discovered that a gene associated with human intellectual ability is necessary for normal memory formation in mice. Published in Nature Neuroscience, the study shows that mice with only one copy of the gene replay shorter fragments of their previous experiences during periods of rest, impairing their ability to consolidate memories.

We all know that practice makes perfect and that repeating something over and over will help you remember it in the future. What might not be as well known is that your brain replays your experiences without even being asked. Imagine going to a restaurant for the first time. As you navigate to your destination, neurons in the brain called “place cells” are activated in sequence. Later at rest or during sleep, the same neurons are reactivated in the same sequence during episodes of electrical activity termed sharp-wave ripples, which allows you to remember the route the next time.

The team hypothesized that this process might be abnormal in diseases that affect the hippocampus—the part of the brain where memory replay occurs. To test this theory, they used a mouse model in which the mice are missing one copy of the SCN2A gene. As team leader Thomas McHugh explains, “The SCN2A gene is a site in the genome where mutations linked to neurological disorders can be frequently observed. Changes that impair its function have been seen in patients with severe intellectual disability and autism spectrum disorder” 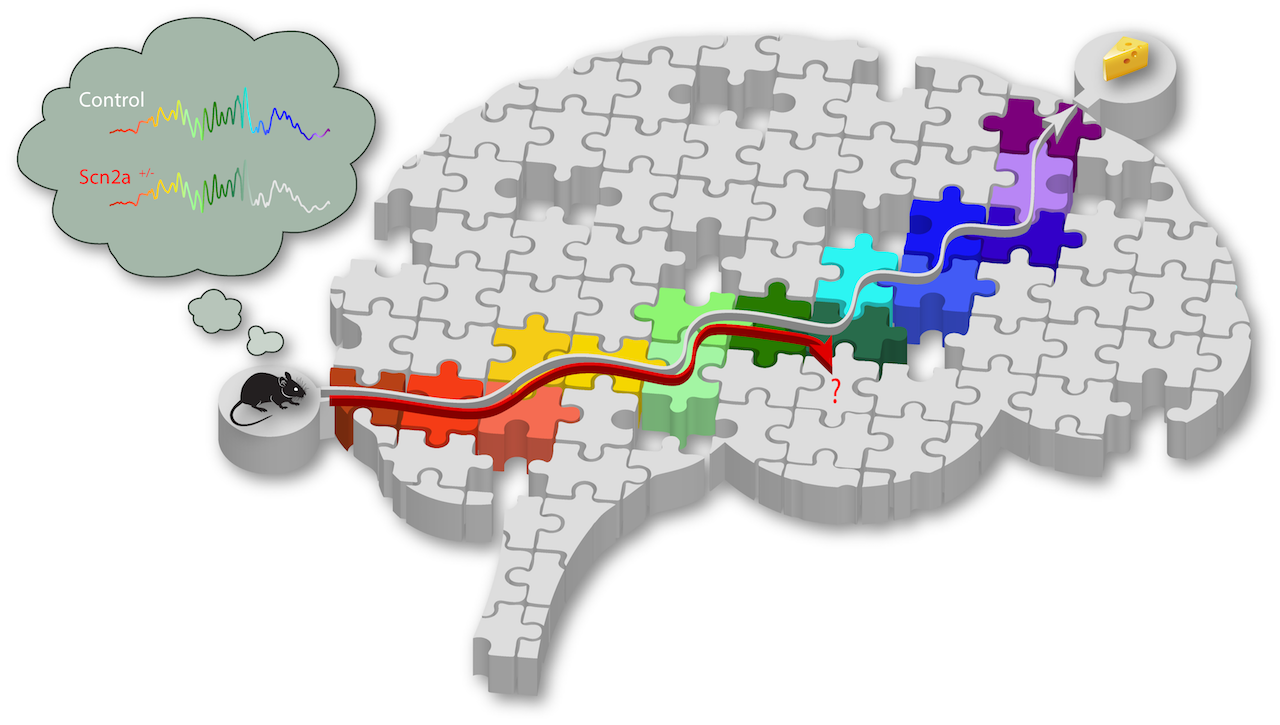 First, the team established that the mice with the deleted gene performed poorly compared to control mice when they were required to find food using spatial memory. When looking at groups of place cells that were reactivated during replay, they found that while the specific order they were activated in remained intact, fewer neurons participated than in the initial experience. This led to truncated replays, which the researchers further described as failed reactivation of neurons specifically at the end of the sequences, explaining why the mice could not learn where their food was.

Mouse models are important for understanding human learning and memory impairments, and spatial memory tests in mice are not used simply because place-cell activity in the hippocampus is so predictable and well understood. “These same hippocampal cells are responsible for encoding and retrieving episodic memories in general,” says first author Steven Middleton, “not just spatial information.” This means that the learning problems seen in humans with mutations to the SCN2A gene might also be based on similarly abnormal replay during sharp wave ripples.

“The next step is to look at other disease models that display similar memory deficits and determine if this truncation of replayed information represents a common mechanism across diseases, or if each disease has its own specific way disrupting ripple-related replay activity.” ✅