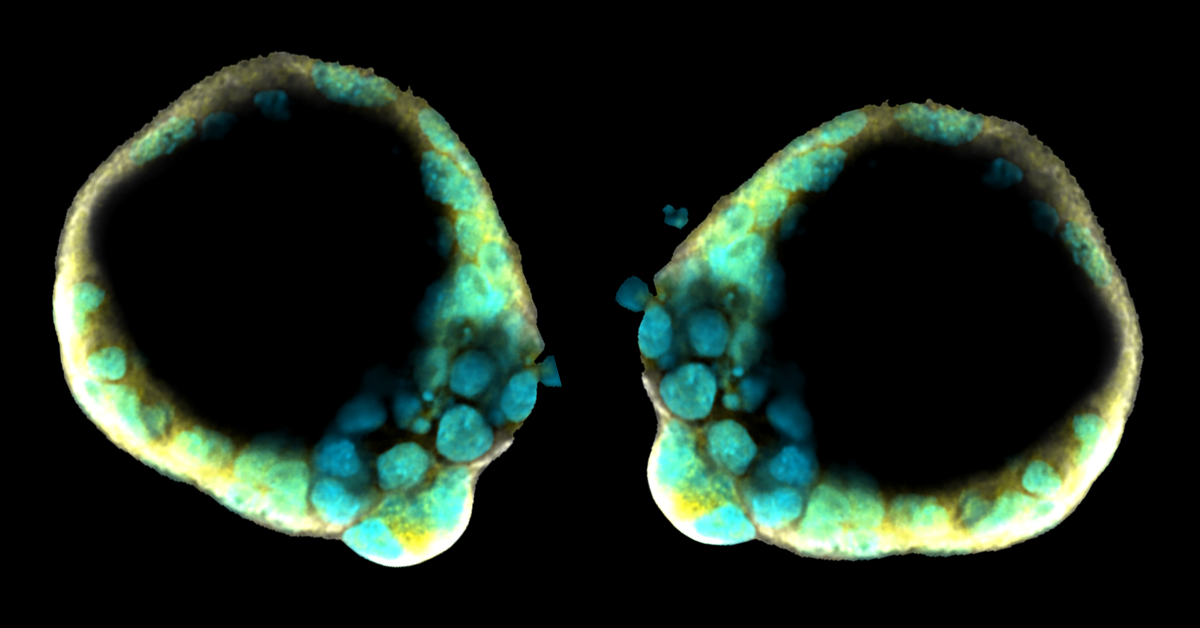 An international collaboration of researchers from the RIKEN Center for Biosystems Dynamics Research (BDR) in Japan and the Gladstone Institutes in the USA have generated 3D blastocyst-like structures from stem cells. Published in the journal Stem Cell Reports, the study shows that the blastocyst‐like cysts very closely resemble actual blastocysts, and even induce proper changes in the uterus after being implanted in pseudo-pregnant mice.

After an egg is fertilized, it begins to divide and passes through several stages. Cells in the two-cell stage are totipotent—they can become any type of cell. After many more cell divisions, the embryo turns into a blastocyst that is implanted in the womb where it differentiates and grows into a fetus. A blastocyst is like an almost hollow ball. Inside are pluripotent cells—cells that can become any type of cell in the body, but not the placenta—while the outer shell is made from trophoblasts—cells that eventually form the placenta.

For several years, scientists have been able to convert somatic cells—like skin cells—into pluripotent cells. However, nobody has been able to convert differentiated cells into totipotent cells. In an earlier study conducted at Gladstone, authors Cody Kime and Kiichiro Tomoda were able to convert pluripotent mouse cells from an implanted-like state to a pre-implanted state. In doing so, they noticed structures that looked like early embryo blastocysts. As Kime explains, “over seven years ago, our reprogramming experiments suggested that we had found a way to increase cell potency beyond pluripotency, which was unlikely and had not been seen before. Instead of discarding what we had found because it was not our primary objective, we decided to find out if it was real.”

In the new report, the team has refined their reprogramming technique to produce embryo-like structures that are more similar to real embryos. According to Kime, “perhaps our most important finding was that natural molecules found in the early mouse embryo can reprogram cultured cells to become surprisingly similar in function to early embryos.” After seven days of conversion treatment, the new process can produce 5–30 floating self-assembled blastocyst‐like cysts. 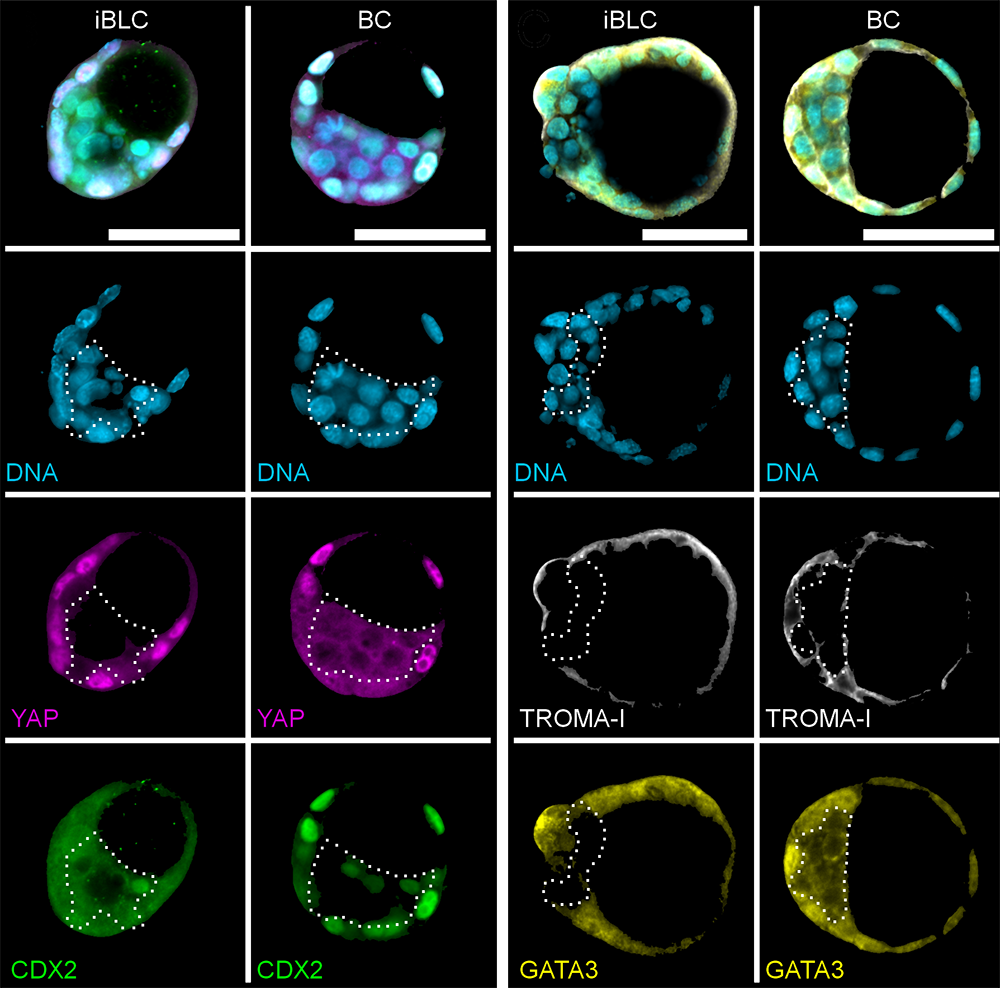 When they examined small clusters of cells a few days before they matured into the blastocyst‐like cysts, they found that the cells contained gene expression for totipotency that are found in two-cell embryos. A further test comparing the blastocyst-like cysts with their precursors showed that cells in the matured structures were bound close together—a hallmark of blastocyst formation and polarization that is the result of a process called compaction. Cells within the precursors resembled embryos at an earlier stage before compaction, which was good evidence that the precursor clusters might include totipotent cells.

Next the group investigated how genetically and functionally similar their blastocyst‐like cysts were to actual blastocysts. They found that many genes related to the outer/inner cell fates of blastocysts were present in the induced structures, but at lower than natural levels, indicating that the new technique does not perfectly reproduce blastocysts. Nevertheless, when transplanted to the womb of pseudo-pregnant mice, the blastocyst-like structures often induced changes to the uterus that are necessary for successful blastocyst implantation, including the integration of the maternal blood supply. The implanted structures often grew and produced many types of cells that resembled those naturally found in early developing embryos. Eventually, the embryos were resorbed, and the surrounding tissue showed signs that were similar to instances of natural resorption.

“Totipotency is the highest order of cell potency: one totipotent cell can form the placenta and the body…everything,” says Kime. “If our system can be improved to fully reach that state we will be able to improve basic research in the fields of embryogenesis and fertility, as well as basic and clinical research in regenerative medicine.” ✅