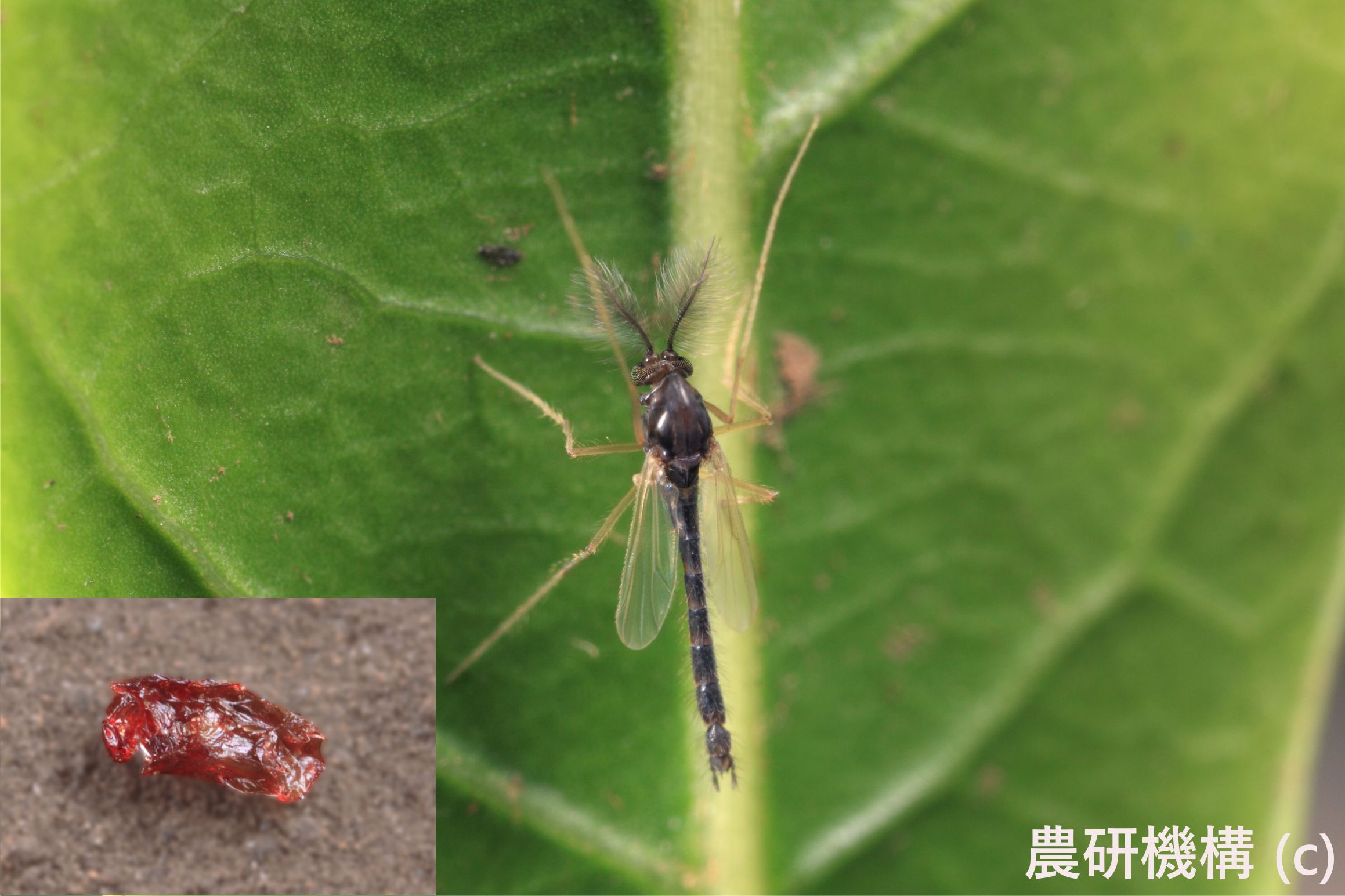 The larva of the sleeping chironomid, Polypedilum vanderplanki—a mosquito-like insect that inhabits semi-arid areas of Africa—is well known for being able to come back to life after being nearly completely desiccated, losing up to 97 percent of its body’s water content. However, the genetic mechanisms the insects use to achieve this feat, and especially the identity of the master gene that induces desiccation tolerance, have remained largely elusive. Researchers from an international collaboration including Oleg Gusev of the RIKEN Innovation Center and collaborators from NARO, Kazan Federal University (Russia) and Skoltech University (Russia) have discovered that a gene called Heat Shock Factor (HSF)—which is present in some form in nearly all living organisms on earth—has been coopted by the species to survive desiccation.

HSF exists in a single form in invertebrates but multiple forms in vertebrates and is essential for the survival of living cells in stressful conditions such as heat, cold, radiation, and desiccation. The researchers found that in certain conditions, the gene is able to upregulate itself in desert insects, and this upregulation leads to a number of downstream processes, including the synthesis of heat shock proteins that are able to protect proteins in the cell from misfolding.

Published in the Proceedings of the National Academy of Sciences, the study compares RNA expression data from the sleeping chironomid with those of a closely related species, Polypedilum nubifer, which is not capable of surviving desiccation. They found that in the sleeping chironomid, hundreds of genes, including genes known to be involved in forming a “molecular shield” against damage due to dehydration, were already expressed during the early stages of desiccation. They discovered that the binding site for HSF, a TCTAGAA DNA motif, was was strongly enriched in the sleeping chironomid around the transcription start site for the genes activated by desiccation. They also found that genes responsible for the synthesis of trehalose—a sugar that can stabilize cells in a dry state—contained the TCTAGAA motif. Neither of these findings were found in the other insect.

But what exactly does trehalose do? To answer this question, the team treated a cultured cell line from the sleeping chironomid with the sugar and found that it activated many of the same genes that were activated by desiccation. They also found that the trehalose treatment activated the HSF gene. This effect was prevented by knocking down the HSF gene, which indicated that HSF itself was clearly involved in the response.

According to group leader Oleg Gusev, “The discovery that Heat Shock Factor is an important regulator of gene expression in response to desiccation was very interesting for us. It seems that these extremophilic insects in the process of evolution have coopted a very conservative transcription factor and its action for their own needs to survive without water by evolving a special gene structure and “adjusting” their genome sequence for these “needs”. Our data suggests the following story: HSF is activated during dehydration, and then HSF actually self-activates by binding to the upstream region of its own gene. This leads to the activation of the downstream genes that allow the insects to survive desiccation. What was very surprising to us was the finding that trehalose itself can activate HSF.”

Looking to the future, he continues, “One potential application of this finding will be in preserving cells outside the body in a dry state, if we can active the HSF gene. We now have a good understanding of how it works in this insect, so we will want to investigate if this is true for other organisms as well.”