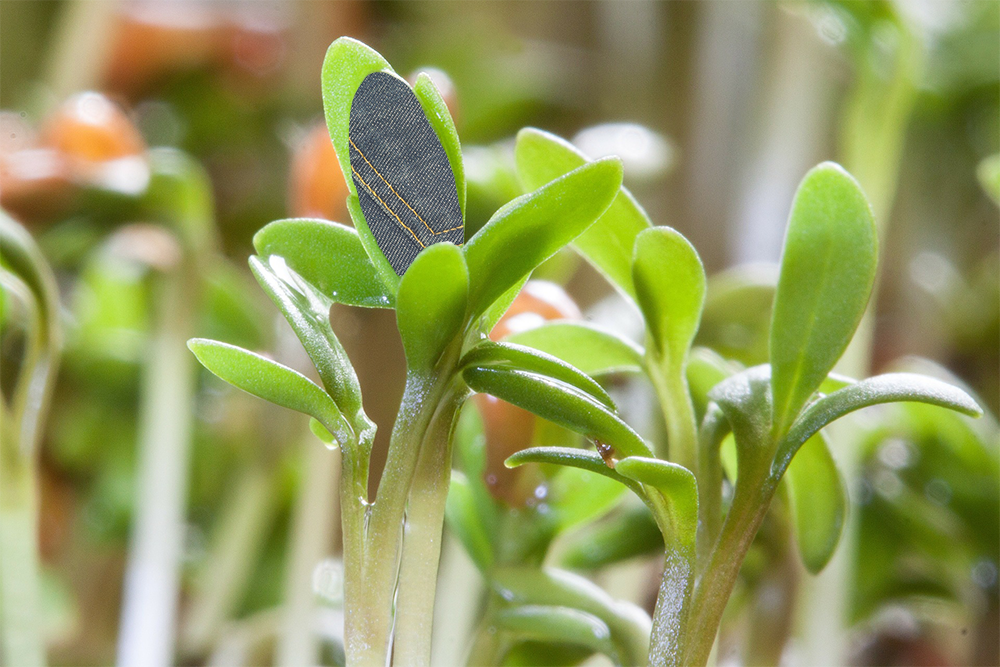 I recently wrote a press release for another cool plant study CSRS. This time, a group discovered a process through which gene expression in plants is regulated by light. They found that blue light triggers a shift in which portion of a gene is ultimately expressed.

When a new seedling first emerges from the ground and is exposed to sunlight, in particular, the blue light, it undergoes a series of physiological changes that will allow it to grow and carry out photosynthesis. These changes are possible because blue light triggers the expression of certain genes that are normally silenced in the dark. The CSRS team adapted two new molecular biological techniques for use with plants to reveal how this happens.

Gene expression is a multi-step process. After a gene’s DNA is transcribed to RNA, the RNA is read from one end to the other. Areas that are read first are ‘upstream’ of those that are read later. If a ‘start’ code is encountered, that region of RNA will be translated into a protein. The trick is that a single gene can contain more than one start code, each one triggering the translation of different portions of the RNA. The team at CSRS lead by Minami Matsui in collaboration with Shintaro Iwasaki at the RIKEN RNA Systems Biochemistry laboratory found that for certain genes, exposure to blue light changes which start code is used, ensuring that the main sequence is translated into protein that can then be used by the plant in light-related processes.

“We found that many mRNA transcription start sites in plants change in the presence of blue light,” explains Matsui. “Specifically, they change from the upstream site to the downstream site.” The team discovered that when the upstream start code is used, it actually inhibits the use of the downstream start code, and could even lead to the deterioration of the RNA. “Without light, these mRNAs are doomed and unnecessary protein synthesis related to photosynthesis or photomorphogenesis is blocked.”

The shift in start code means that when a seedling encounters light for the first time, the RNA remains stable and the light-dependent processes can proceed with proper protein synthesis.

Although this research was aimed at investigating how light-related changes in gene expression occur in plants, Matsui believes that the underlying regulatory process in which start codes are selected based on environmental factors could be widespread and important for animal research as well.

In terms of plants, knowing this process could be beneficial in several ways. “We can devise ways to tightly control the expression of proteins that can damage plants when expressed under improper physiological conditions,” notes Matsui. “In the long run, we will be able to more efficiently control plant production of useful proteins and chemicals via synthetic pathways.”