Getting a grip on slow but unique shark evolution 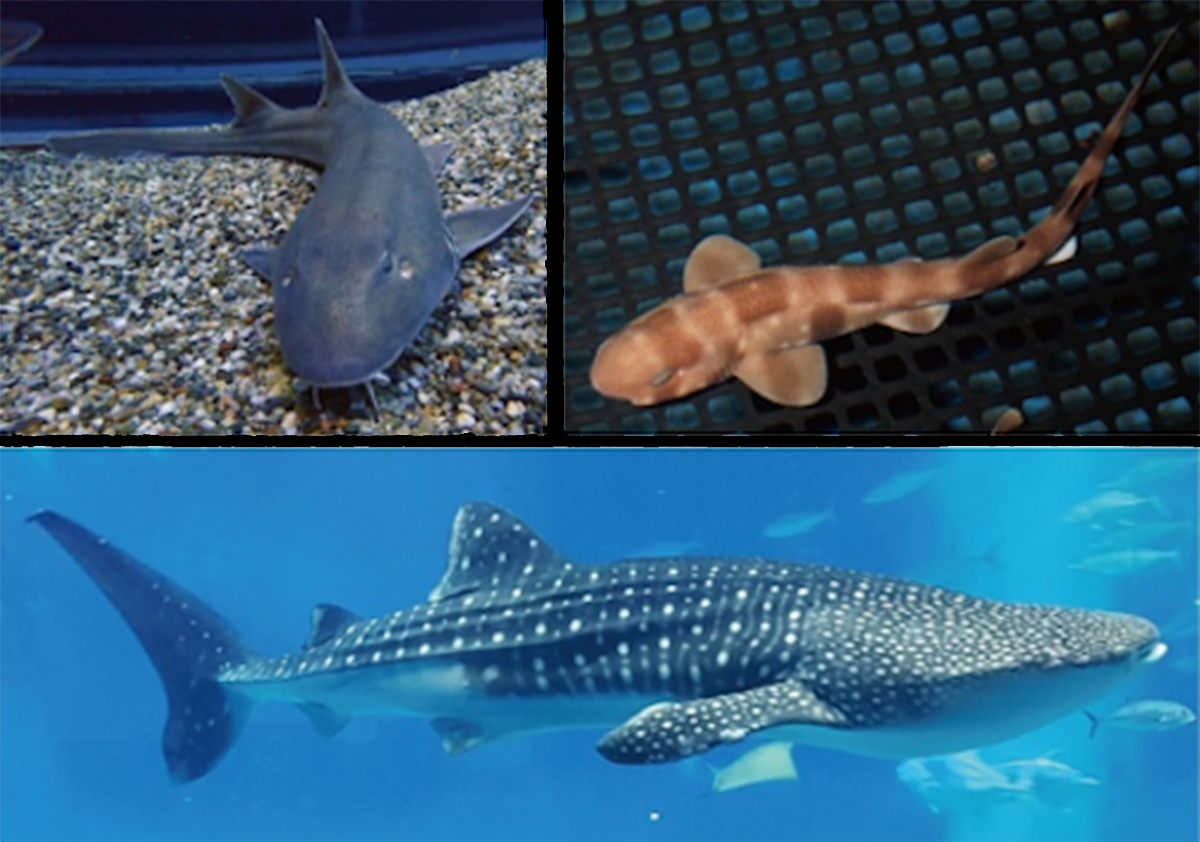 Scientists at the RIKEN Center for Biosystems Dynamics Research (BDR) in Japan, in collaboration with other Japanese institutes and aquariums, have decoded the whole genomes of two shark species for the first time and improved the whale shark genome sequences released previously. By analyzing the genomes and comparing them with those of other vertebrate species, they have constructed an overview of their unique life histories and evolutionary paths. This work was published online in Nature Ecology and Evolution.

Advances in genome sequencing have made it possible to compare genomes from different species, giving us insights into their evolutionary histories and characteristics. While data for many organisms are available, to date, genome sequencing for sharks has been hampered by their huge genomes, which are even larger than the human genome. The notable exception is the elephant shark, although strictly speaking this fish is not professionally classified as a true shark.

Sharks have many unique characteristics, including their body structures, reproductive systems, way of sensing, and extreme longevity—a shark species is known to live for more than three centuries. Fully decoded shark genomes will be a tremendous help to research aimed at discovering the molecular bases for these qualities. With this ultimate goal in mind, a research team led by Shigehiro Kuraku at RIKEN BDR analyzed shark genomes using cutting-edge DNA sequencing technologies and comparative bioinformatics that were able to deal with gigabase-scale sequences. They chose two primary species—the brownbanded bamboo shark and the cloudy catshark—because they can be raised in aquariums, making it relatively easy to constantly obtain live specimen. They also performed an improved assembly of the whale shark genome, which had been previously released.

One of the puzzles regarding sharks is why their genomes are so large. The team found that the large genome size is due to massive insertions of repetitive elements. At the same time, shark genomes have been evolving slowly, which means that they have kept many ancestral gene repertoires and can be thought of as “living fossils” in a genomic sense.

The team found that sharks have counterparts of human genes regulating growth, reproduction, and homeostasis, such as obesity, appetite, and sleep, suggesting that elements of our molecular machinery for basic physiology have existed for more than 450 million years, before sharks split from our common ancestors.

The newly decoded shark genomes have already provided a number of insights, including those related to visual function. The researchers analyzed light absorption of visual pigments in the whale shark and found that its rhodopsin pigment is tuned to sense relatively short wavelengths of lights—close to 480 nm—that can penetrate deep-sea water. This is not true in its close relative the bamboo shark, and the researchers speculate that the altered rhodopsin function is related to the unique lifestyle of the whale shark, which dives down to about 2000 m when not feeding near the surface. This discovery was achieved by combining DNA sequence analysis and laboratory work using synthesized materials, but without animal experiments.

The team also showed that all three of the analyzed shark species have relatively few olfactory receptor genes, implying that they depend on other systems, such as sensing electromagnetic fields, for navigation.

“Our results will fill a long-standing gap in the genome biology of animals, and will also help us gain greater understanding about metabolism, reproductive cycle, and health monitoring of sharks,” says Keiichi Sato, an author and the deputy director of Okinawa Churaumi Aquarium. “Such understanding should contribute to the conservation of marine environments as well as to sustainable husbandry and exhibitions at aquariums that allow everyone to experience biodiversity up close.”