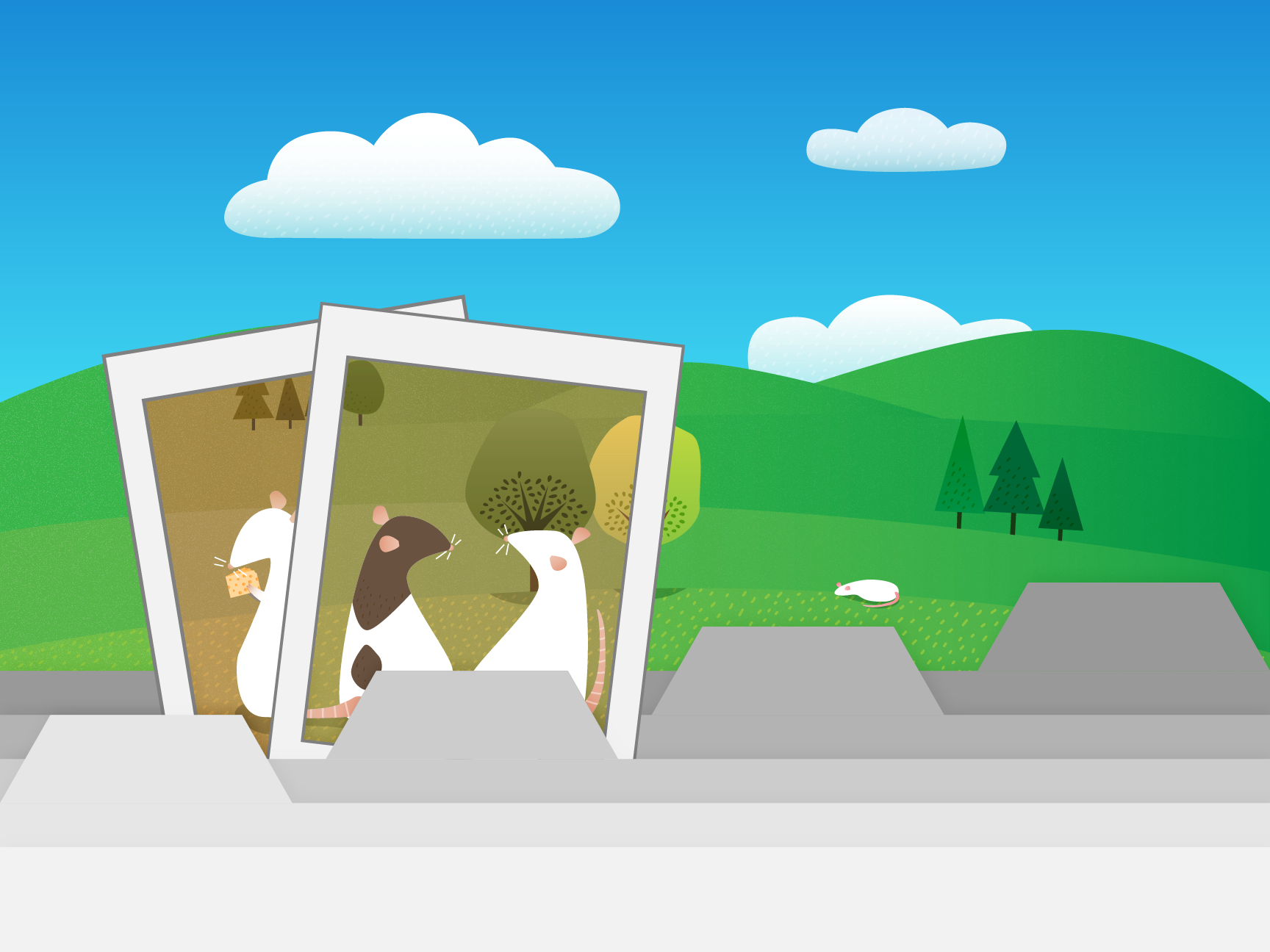 The hippocampus in mice acts like a card catalog for experience-based (episodic) memories, according to the study from the RIKEN Center for Brain Science. Image credit: Milena Menezes Carvalho/RIKEN

When it comes to memory, it’s more than just “location, location, location.” New research suggests that the brain doesn’t store all memories in ‘place cells’, the main type of neuron in the hippocampus, a structure crucial for navigation and memory. Instead, memories seem to be powered by a subset of hippocampal cells that have little to do with location and more with context or episodes, as reported in the July 27 issue of Science.

The hippocampus is well-known as the domain of place cells, whose discovery and function as mental maps of space was recognized with the 2014 Nobel Prize in Physiology or Medicine. On the other hand, as a hotspot for memory research, the hippocampus is proposed as the physical location for memories of experiences, stored in engram cells. “Neuroscience is still grappling with the engram memory concept,” says research group leader Thomas McHugh of the RIKEN Center for Brain Science in Japan. “We know what these cells do when they’re activated, but what do they represent and how do they function?”

The assumption is that memory engrams are just place cells, but McHugh’s group thinks they have an alternative explanation. In their experiments, mice spent time in one kind of cage to make a memory of that environment. The researchers used optogenetic methods to identify the cells that were active during that time and therefore contributed to the memory. These cells represented only a fraction of hippocampal place cells and had larger place fields – the corresponding real-world area that gets the cell excited when the mouse is exploring. Analysis of the activity across a large number of cells revealed that, while most place cells kept the same spatial map during both the initial and later visit to the cage, the engram cells had uncorrelated activity between the two time points. The only exception was very early during both visits when the cells’ activity was similar, which is what you would expect if they are involved in recall of the context.

When the mice were placed in a second, different cage, the engram cells remained inactive—they were already ‘occupied’ with the previous memory. In fact, the researchers were able to tell the first and second environments apart, just by comparing the activity of these cells. The engram cells are only active for the memory of the context itself, not to specific locations, while place cells on the other hand are active during exploration, creating and updating a spatial map. Recognizing a context or environment doesn’t require walking through or exploring, though, so location cells thus appear to be distinct from memory cells.

The instability of the spatial information signaled by engram cells compared with the majority of place cells indicates that they deal with the ‘big picture’, the macro scale of a context and not a specific location therein. The researchers propose that engram cells may not store memories per se but to act as an index that ties memory-relevant details together, wherever else in the brain those may be. “Their role is to track elements of a memory, whether those are from sound or vision or other senses, and then trigger their recall by activating other parts of the brain like the cortex,” McHugh hypothesizes. While the hippocampus clearly does underlie spatial memory, this newly revealed function as an index for contextual identity shows that this brain region is about more than just maps. “We long assumed memory is anchored to stable representations of locations,” says McHugh, “but it’s actually the opposite.” ✅

Amanda Alvarez ? is a science writer at the RIKEN Center for Brain Science.