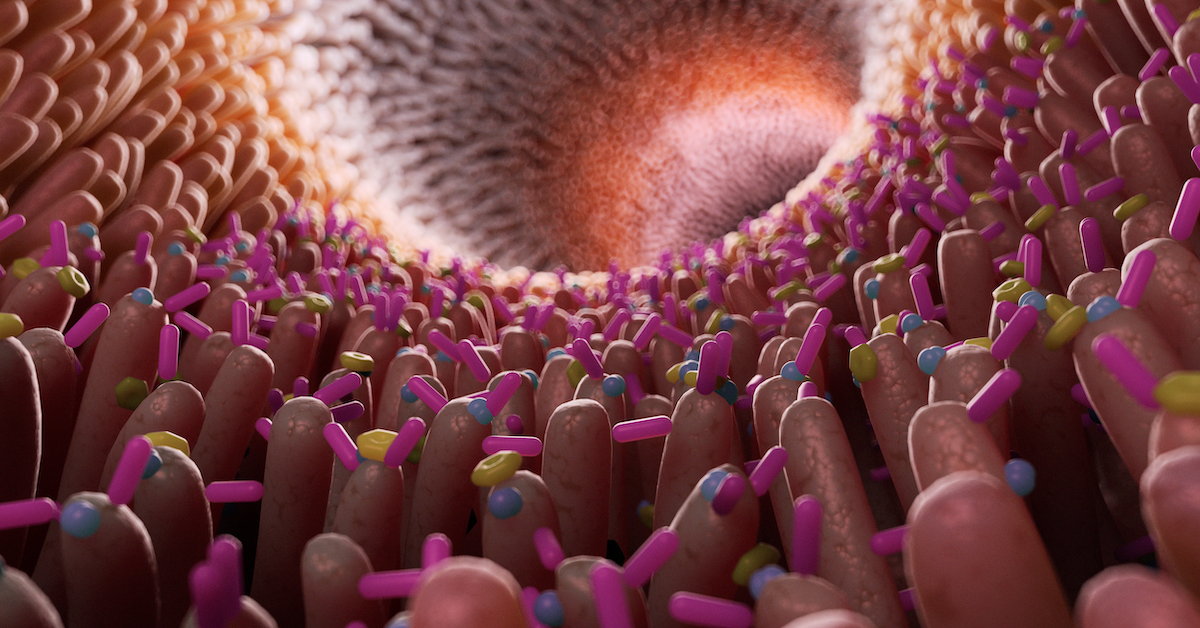 Researchers at the RIKEN Center for Integrative Medical Sciences (IMS) have discovered that a particular combination of microorganisms in the gut can worsen symptoms in a mouse model of multiple sclerosis. The study published in the scientific journal Nature shows that two specific gut bacteria enhance the activity of immune cells that attack the body’s own brain and spinal cord.

Multiple sclerosis is an autoimmune disease in which the immune system attacks the myelin that covers the nerve cells of the brain and spinal cord. Demyelination affects how rapidly neurons communicate with each other and with muscles, causing a variety of symptoms including numbness, weak muscles, tremors, and the inability to walk. Gut microorganisms have been reported to affect symptoms of multiple sclerosis, but how bacteria in the intestines can affect myelin of the brain and spinal cord remained a mystery.

Researchers led by Hiroshi Ohno at RIKEN IMS set out find this connection using a mouse model of the disease. These mice experience similar demyelination of the spinal cord that results from autoimmune attacks by T cells that produce the cytokine IL-17A. However, giving these mice the antibiotic ampicillin reduced demyelination. The treatment also prevented the activation of a particular type of T cell. As Ohno explains, “we found that treatment with ampicillin, and only ampicillin, selectively reduced activity of T cells that attack an important protein called myelin oligodendrocyte glycoprotein [MOG], which helps myelin stick to neurons.”

Because only ampicillin reduced symptoms in the model mice, they looked for microbiota that were almost completely deleted only in ampicillin-treated mice. They found only one such bacteria, a new strain called OTU002. To test the hypothesis that OTU002 was the culprit, they examined mice that lacked all bacteria except OTU002. They found that symptoms in these mice were more severe than those in germ-free mice. At this point, the team knew that their newly discovered gut bacterium was responsible for the worsening symptoms. 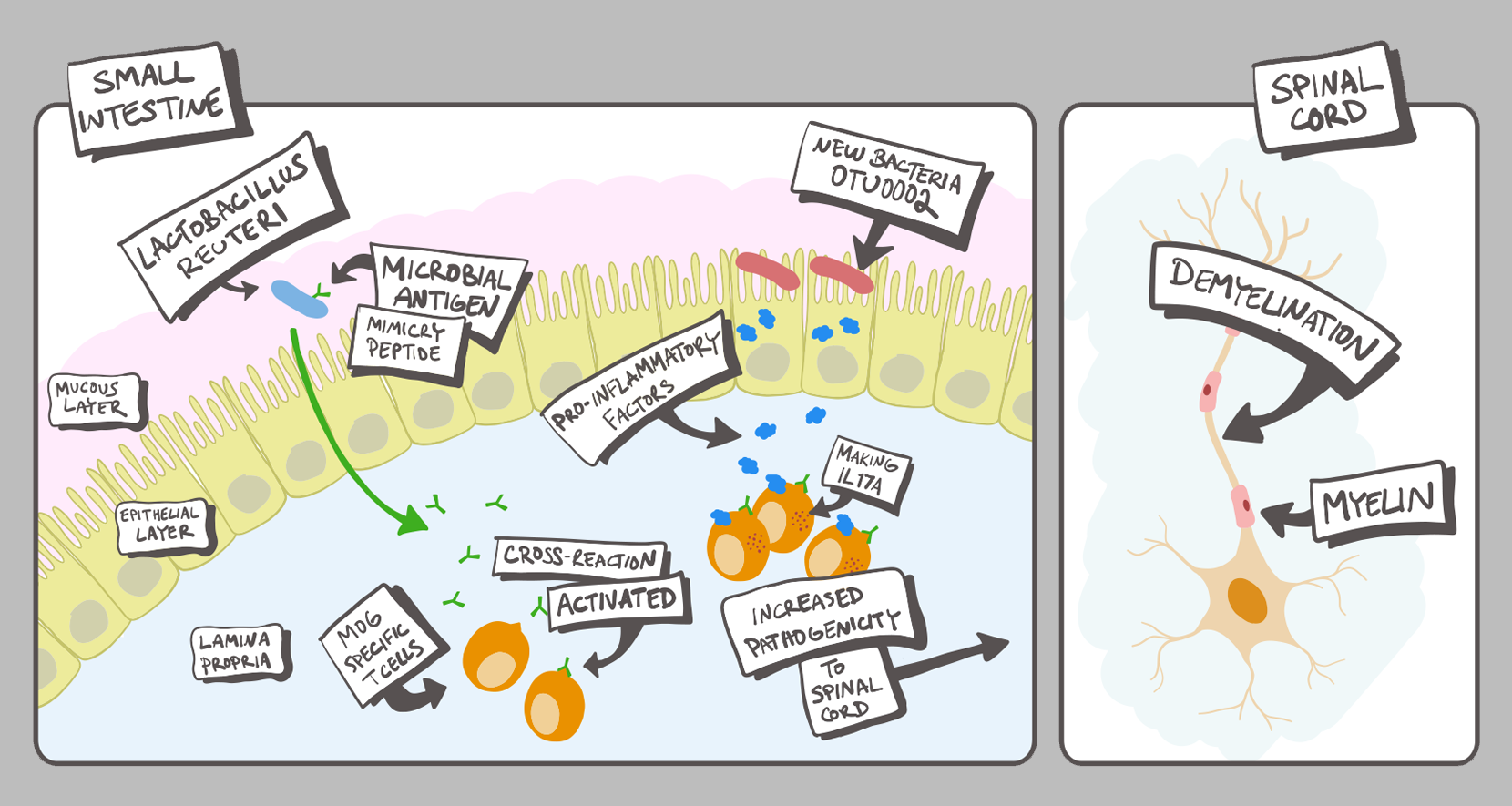 Schematic model for the role of small intestine microorganisms in a mouse model of multiple sclerosis. An interaction between two gut bacteria (Lactobacillus reuteri and OTU0002) is responsible for increased demyelination in the spinal cord. Myelin oligodendrocyte glycoprotein (MOG)-specific T cells (big orange blobs) cross react with a mimicry peptide antigen on Lactobacillus reuteri (the green Ys). At the same time, OTU0002 induces small intestine epithelial cells to produce pro-inflammatory factors such as SAA (represented by blue blobs), which increase the pathogenicity of the active MOG-specific T cells (e.g., higher IL17A production). These T cells are thought to then travel to the spinal cord and attack MOG cells, which scientists think help myelin stick to neurons.

“But, there was a problem,” says first author Eiji Miyauchi. “Symptoms in the OTU002-only mice were not as bad as those in the regular model mice. This means that the original effect must involve more than one microorganism.” The team hypothesized that a different bacterium was cross-reacting with MOG-specific T cells, mimicking the location on MOG that the T cells recognize. Shotgun genome sequencing revealed that a protein expressed by Lactobacillus reuteri does resemble a region of MOG, and when tested, it weakly activated MOG-specific T cells. The symptoms in mice co-colonized with L. reuteri and OTU002 were more severe than those in OTU002-only mice and were just as severe as those in the original model mice, indicating that when these two bacteria work together, the results are devastating.

“Other studies have focused on fecal microbes, or a single microbe, in patients with multiple sclerosis or in model mice,” says Miyauchi. “Our data emphasize the necessity of considering the synergistic effects of intestinal microbes on autoimmune diseases and give hope to people looking for effective treatments for multiple sclerosis.”