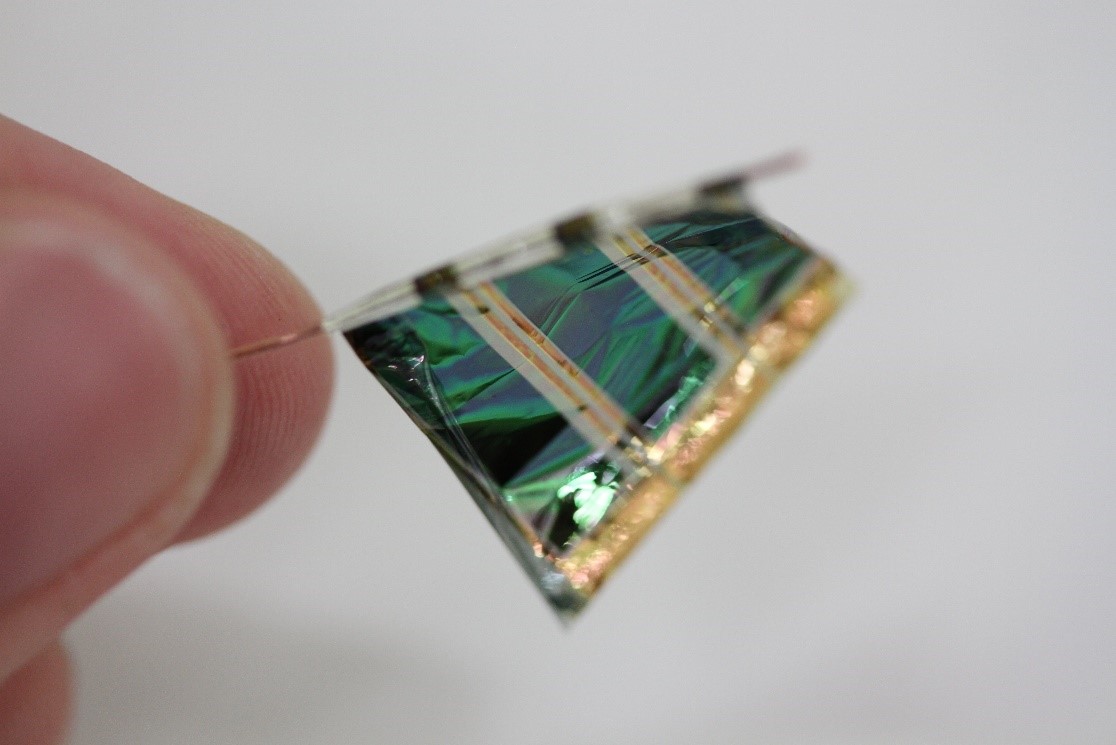 Scientists from the RIKEN Cluster for Pioneering Research and RIKEN Center for Emergent Matter Science have succeeded, in collaboration with international partners, in creating an ultrathin organic solar cell that is both highly efficient and durable. Using a simple post-annealing process, they created a flexible organic cell that degrades by less than 5 percent over 3,000 hours in atmospheric conditions and that simultaneously has an energy conversion ratio—a key indicator of solar cell performance—of 13 percent.

Organic photovoltaics are considered to be a promising alternative to silicon-based conventional films, being more environmentally friendly and cheap to produce. Ultra-thin flexible solar cells are particularly attractive, as they could provide large power per weight and be used in a variety of useful applications such as powering wearable electronics and as sensors and actuators in soft robotics. However, ultra-thin organic films tend to be relatively efficient, typically having an energy conversion ratio of around 10 to 12 percent, significantly lower than the ratio in silicon cells, which can be as high as 25 percent, or of rigid organic cells, which can be up to around 17 percent. Ultra-thin films also tend to degrade rapidly under the influence of sunlight, heat, and oxygen. Researchers are trying to create ultra-thin films that are both energy efficient and durable, but it is often a difficult tradeoff.

In research published in Proceedings of the National Academy of Sciences of the USA, the group succeeded in showing that an ultra-thin cell can be both durable and efficient. The group began with a semiconductor polymer for the donor layer, developed by Toray Industries, Inc., and experimented with a new idea, of using a non-fullerene acceptor, increasing the thermal stability. On top of this, they experimented with a simple post-annealing process, where the material was heated to 150 degrees Celsius after an initial annealing at 90 degrees. This step proved to be critical in increasing the durability of device by creating a stable interface between the layers.

According to Kenjiro Fukuda, one of the authors of the study, “By combining a new power generation layer with a simple post-annealing treatment, we have achieved both high energy conversion efficiency and long-term storage stability in ultra-thin organic solar cells. Our research shows that ultra-thin organic solar cells can be used to supply high power in a stable way over long periods of time, and can be used even under severe conditions such as high temperature and humidity. I very much hope that this research will contribute to the development of long-term stable power supply devices that can be used in wearable electronics such as sensors attached to clothes.”