This nickel catalyst bats from both sides of the plate 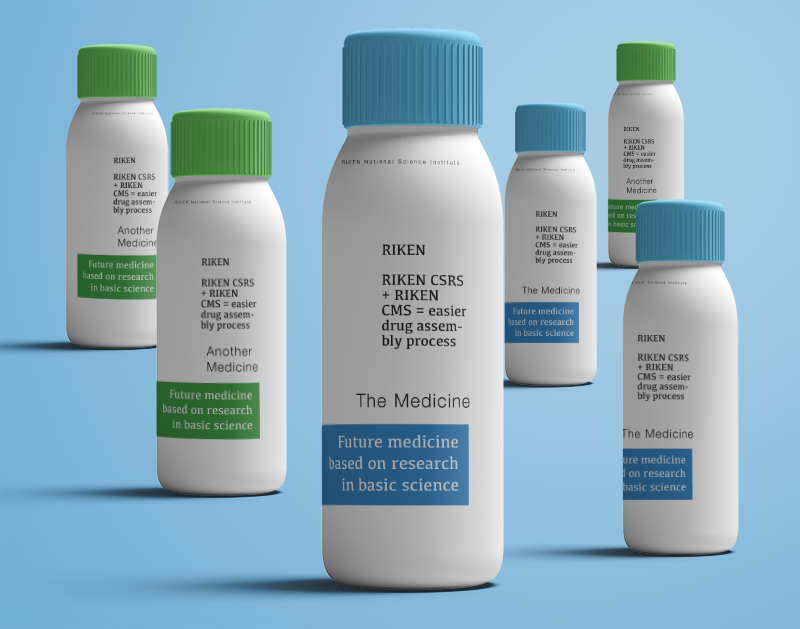 Assembling the components of new drugs could be a lot easier thanks to RIKEN researchers’ work mapping the distribution of electrons in a catalyst.

Nickel-based catalysts are powerful agents for assembling complex organic molecules such as drugs, but they tend to be developed by trial and error. A cross-disciplinary team of RIKEN researchers has studied a nickel catalyst in more detail, developing a deep understanding of its electronic structure and resulting chemical activity. The research paves the way for wider use of this catalyst and provides a pathway by which all catalysts could be improved.

Catalysts typically act as chemical matchmakers, bringing together two molecules and facilitating the exchange of electrons that bond them together. To make molecules such as drugs, there is an added complication. In nature, most molecules are chiral: like your left and right hands, they exist in mirror-image forms known as enantiomers. Catalysts can help guide the reactants together so that only the desired enantiomer of a drug is formed. To do this, chemists usually test a range of catalyst structures and pick the one that works best.

To develop a new nickel catalyst to selectively pair two chiral molecules in a transformation known as a [3+2] cycloaddition, Mikiko Sodeoka, Yoshihiro Sohtome and their colleagues at the RIKEN Synthetic Organic Chemistry Laboratory and the RIKEN Center for Sustainable Resource Science took a different approach. By teaming up with crystallographer Daisuke Hashizume at the RIKEN Center for Emergent Matter Science, they probed the catalyst with X-rays to understand its activity by first understanding its electronic structure. 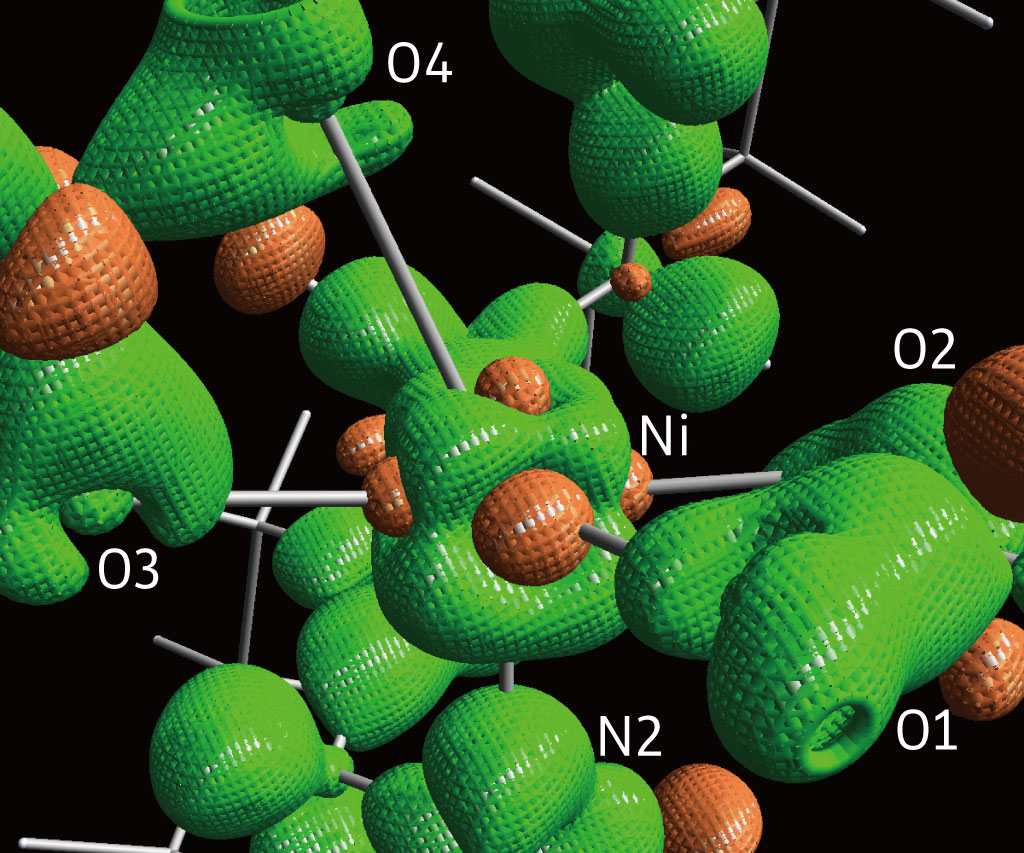 “X-ray diffraction data contains information on all electron densities in the crystal,” says Hashizume. Using this data, the team mapped the electrons spread across the complex, a process they called electron density distribution (EDD) analysis (Fig. 1). The analysis revealed a partially naked, electron-deficient d electron orbital, a feature that gives the catalyst acidic properties. They also found that one of the catalyst’s ligand arms is weakly bound and so can act as a base.

“We experimentally showed that a nickel complex has two ‘hands’, one acid and one base,” says Sohtome. The two hands work cooperatively to catalyze the cycloaddition.

“Our collaboration demonstrates that EDD analysis is a useful tool to link catalyst structure and function,” Sohtome says. The insight that the catalyst acts simultaneously as acid and base should inspire numerous other catalyst reactions. “We strongly believe that the catalyst design criteria of using chiral metal catalysts that merge acid and base functionalities, holds vast potential to design asymmetric catalysis,” he concludes. ?

This article originally appeared here as a RIKEN Research Highlight.

A hereditary neurological condition that gets progressively worse, Huntington’s disease is mainly characterized by involuntary, dance-like movements. It is caused by mutations in the Huntingtin (HTT) gene, which result in the production of misfolded Huntingtin protein molecules. These molecules aggregate to form insoluble clumps, leading to nerve cell death in the striatum—a region of the brain involved in voluntary movements.

Huntington’s disease has traditionally been considered a movement disorder, but its classic symptoms are now known to be accompanied by psychiatric ones, particularly depression. Very little is known about the underlying molecular mechanisms for these symptoms, however. 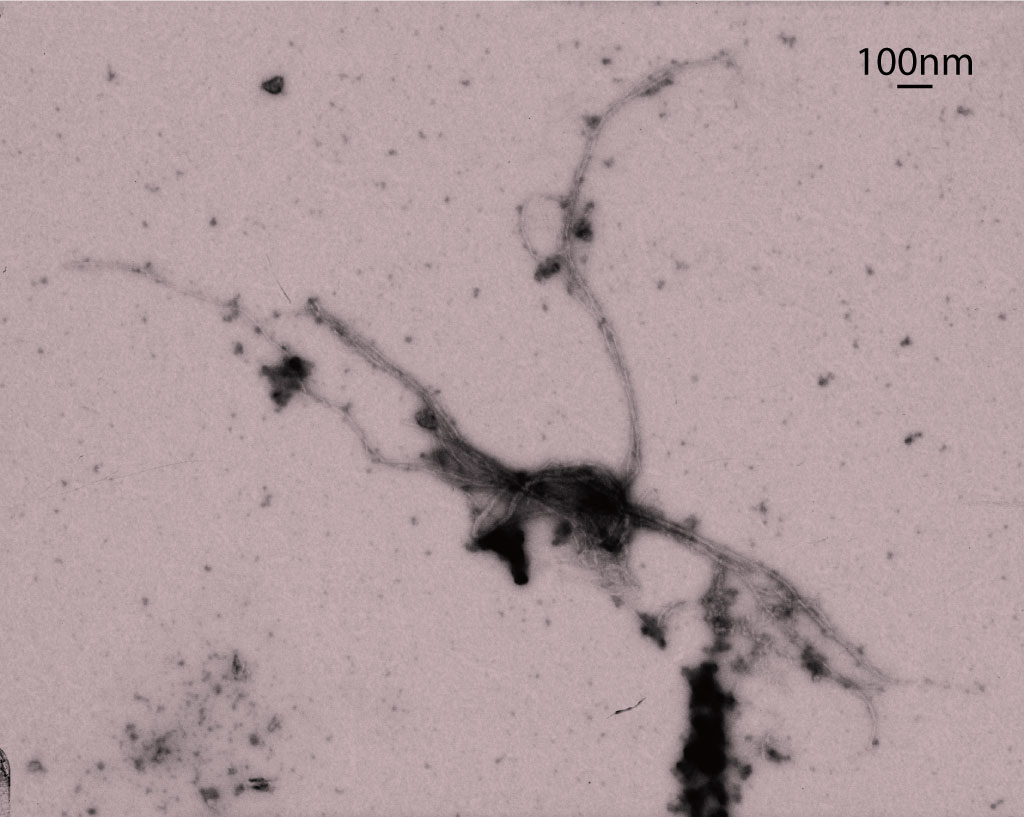 The researchers performed a series of biochemical assays and found that misfolded HTT protein binds to another cellular protein called DISC1, causing them to aggregate (Fig. 1). This boosts the activity of PDE4—an enzyme that breaks down a small signaling molecule called cAMP. DISC1 normally binds to PDE4 to restrict its activity, but in Huntington’s disease it binds to HTT instead. Consequently, PDE4 becomes overactive, leading to reduced cAMP levels.

The team then examined brain tissue samples obtained from Huntington’s disease patients after death and found that they too contained insoluble clumps made of mutant HTT protein bound to DISC1. In contrast, tissue samples from three individuals who died of other causes did not contain these aggregates.

Behavioral testing further revealed that the mutant mice showed no preference for a sugar solution over water, indicating that they have anhedonia, or an inability to experience pleasure and reward, one symptom of depression. However, their preference for the sweet drink could be restored by injecting them with a shortened form of DISC1 that does not bind to mutant HTT restored. This suggests that the alterations in this signaling pathway are associated with anhedonia.

“Reduced levels of soluble, functional DISC1 due to co-aggregation with HHT is responsible for anhedonia in Huntington’s disease,” says Tanaka, “so DISC1 supplements could reduce this symptom.”

“This study leaves a critical question unanswered,” he adds. “Can our co-aggregation hypothesis explain diverse psychiatric symptoms, including social deficits, in other neurodegenerative diseases? We are keen to investigate this.” ?

This article originally appeared here as a RIKEN Research Highlight.